Home > Amiens to Bruges: A memorial trip through War Sites

Amiens to Bruges: A memorial trip through War Sites 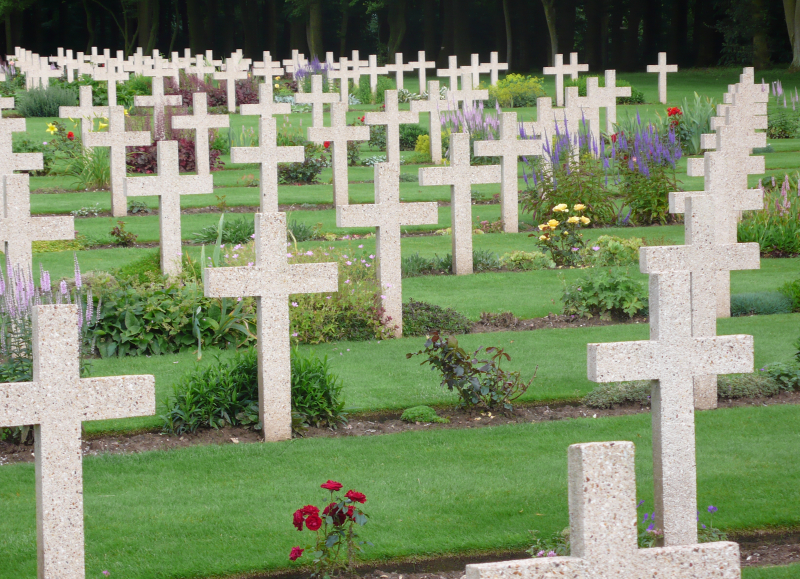 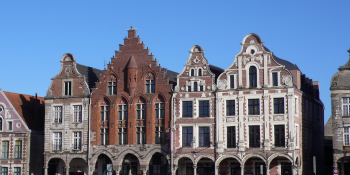 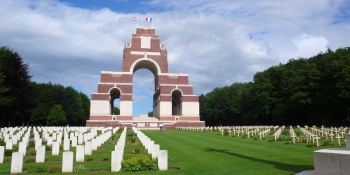 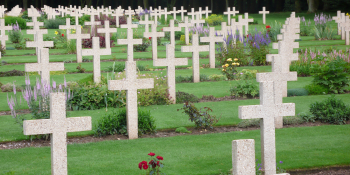 Amiens to Bruges: A memorial trip through War Sites

On this tour, you’ll discover the Somme and Nord-Pas-De-Calais regions of France, as well as the Flanders region of Belgium. Be sure to brush up on your Flemish, as Flanders is the Dutch part of Belgium! Beginning in Amiens and ending in Bruges, you’ll bicycle through the northern countryside and see some of the most important parts of World War I’s Western Front, including the Hamel Battlefield, Thiépval, Lorette’s Hill, Menin Gate, and Tyne Cot Cemetery. Mixed in with these thought-provoking memorials are numerous must-see cathedrals and museums such as Amiens Cathedral, The Church of Our Lady, the Somme 1916 Museum, and Groeninge Museum! The Church of Our Lady in Bruges dates back to the late 1200’s, has the second-tallest brickwork tower in the world, and is home to the marble statue “Maddona” made by Michelangelo himself around 1504.

This trip starts any Sunday from April through October. Starting any other day than Sunday is possible at an additional charge of 75 euros per person for parties.

Most days come with ride options, allowing you to choose between longer and shorter routes. This bicycle tour is great for riders and history buffs alike, suitable for all riding levels.

You'll meet with our local representative tomorrow morning, so take advantage of the day and explore Amiens. The gothic Amiens Cathedral, the Musée de Picardie, and the house of famed sci-fi author Jules Verne are all Amiens must-sees.

You’ll start off the day with a meeting with our local representative, where you’ll receive your bikes and all the information necessary for this tour. As you leave Amiens, you’ll follow the Somme River. 15 miles (24 km) in, you’ll reach Villers Bretonneux, where Australian forces stopped the Germans from taking Amiens. Further on you’ll reach Le Hamel, the home of the WWI Australian Corps Memorial. Here, you’ll cross the Hamel Battlefield in order to cross the Somme River at Cerisy. On your way into Albert, you may want to stop by the War Cemetery in Bray-sur-Somme or the Military Cemetary in Méaulte. You’ll then arrive in Albert, which was founded as a Roman outpost in about 54 BC, and was a key location in the Battle of the Somme in WWI. The Somme 1916 Museum in Albert, which is inside an underground shelter, retraces military life during the First World War. The Basilique Notre-Dame de Brebieres in Albert also comes highly recommended!

On your second day of riding, you get to choose your own adventure. We’ve mapped out departures from Albert. The longer one takes you east to Fricourt and Longueval where you’ll see the German Cemetery as well as memorial sites dedicated to the South African regiment, the New Zealand Division, and the Welsh Division that fought in The Battle of the Somme, all before you reach Thiépval. The shorter route takes you north out of Albert, straight towards Thiépval Ridge. This is the location of the first day of the Battle of the Somme, which was the bloodiest day in the history of the British Army and one of the most infamous days of World War One. Also in Thiépval is the Belfast Tower, commemorating the British Regiment that fought on July 1st, 1916. You’ll then arrive at Beaumont-Hamel Park, a 74-acre park dedicated to the Newfoundland Regiment, before passing into Nord-Pas-De-Calais (the last region before Belgium). You’ll spend the rest of your day traveling through quaint French villages such as Foncquevillers and Ficheux before arriving in Arras. The Flemish Baroque to Art Deco architecture of Arras is sure to enrapture you. This town also has two UNESCO world class heritage sites: the Belfry and Vauban’s Citadel which booth merit a visit.

Starting your day, you’ll head north towards Thélus, where at 8 miles (13 km) in you’ll reach Vimy and the Canadian Forces monument, cemetery, and trenches footpaths. This current-day park was the battlefield of the Canadians and Germans on April 17th, 1917. Later on, you’ll climb Lorette’s Hill where, in May 1915, French and German troops fought to gain control of Artois. The cemetery, Notre Dame de Lorette, where 40,000 soldiers found their final resting place, is considered the most important French military cemetery of today. Continuing north, you’ll arrive in Béthune, which had to be rebuilt after the May 20th 1918 bombing. Saint Vaast Church as beautiful stained glass windows, and The Belfry lights up as night falls.

On your fifth day, you get another route choice. We’ve mapped out two departures from Béthune. On the shorter route, you’ll be following the canal to the north toward Bailleul. On the longer route, you’ll head east to Fromelles, a small village which became the centre of combat between the Australian Forces and the Germans between July 19th and 20th 1916. You’ll then carry on to Bailleul as well. Bailleul is the capital of ‘The Flanders Mountains’ – a series of small hills which rise to about 160 meters. From the top, there are magnificent views of the surrounding countryside. Soon after Bailleul, you’ll find yourself in Belgium! You can take some time out to sit and relax in one of the region’s typical inns/abbeys. Abbaye du Mont des Cats in Godewaersvelde is an especially great rest stop to indulge in cheese and beer produced by the local Trappist Monks. Ypres, your destination, has many WWI attractions such as the Flanders Field Museum, and 5 different trench systems. Other fantastic Ypres attractions are Lakenhalle, the Merghelynck Museum, and Houten Huis a restored 16th century traditional wooden house.

You’ll start the day departing from Menin Gate, heading south along the Kasteelgracht River. Today’s touring will retrace the historic battles from Zonnebeke to Langemark-Poelkapelle and even Passchendaele. Here, more than 300,000 allied soldiers died during these ferocious battles, and there are more than 170 cemeteries in the surrounding countryside (of which you’ll pass by many more than can possibly fit into this day’s tour description). About 4 miles in (6 km), you’ll pass a large park, containing 5 military cemeteries and the IRIS AstroLab. If you want a break, Memorial/Cycling break you’ll also pass by Bellewaerde Park, the oldest operating theme park in Belgium. Later on you’ll pass by Polygon Woods, Kasteelpark, and Tyne Cot Cemetery which are all home to several cemeteries and memorials. Right before Tyne Cot Cemetery, you’ll reach a memorial to the first soldiers victim to a gas attack in 1915. Passing De Canadien, you can continue straight, taking the shorter path back to Ypres, or you can turn north to Langemark, a prominent location in the First and Second Battles of Ypres and a little-visited German Cemetery. Interestingly enough, in the 1950’s Belgium ordered all German bodies to be exhumed and reburied into no more than four mass graves, individual headstones and crosses were also banned, providing a much somber aura compared to the pristine white headstones of the allied cemeteries. From Langemark, the long route follows the Ypres-IJzer Canal all the way back to Ypres and re-joins the shorter route at Saint Martin’s Cathedral. When you return, Ypres boasts an abundance of fine chocolate producers, as well as several delicious, local specialities: waffles, Tapjesvlees, Patte de Chat and Cuberdon. At eight o’clock in the evening at the Menin Gate, everyday since 1927, the firemen’s brigade sound off the “Last Post” on bugles in memory of the WWI troops.

For those who took yesterday’s shorter route, you’ll exit Ypres the same way you entered, going passed the New Irish Cemetery to the north. Going through De Canadien again, you’ll head further north to Staden and Kortemark, traveling through leisurely flat farmland and making the most of traffic-free bikeways.

Once you arrive in Bruges, you have a hearty Flemish meal awaiting you, and maybe a local beer too! Burges’ Church of Our Lady is home to some of Michelangelo’s work, and the Basilica of Holy Blood is famous for its crystal vial said to contain some of Christ’s blood. This vial is brought out every Friday for mass in the 15th century second-floor chapel. Bruges is also home to 17 ther churches! The Town Hall, built in 1376, is also a Bruges must-see, containing a timber-vaulted Gothic Hall. Additionally, head to the Groeninge Museum on Dijver Canal, to see the art of Old Flemish Masters such as Jan van Eyck and Hieronymus Bosch. Bruges is home to several other museums, including ones dedicated to beer, chocolate, diamonds, belgian fries, lamps, lacework, and torture devices. If time allows, this jewel of Belgium is surely worth an extra day’s stay.

After breakfast, you are free to depart at your leisure (you might want to visit a couple more attractions before you leave!). If you're departing by train, Bruges conveniently has a train station just outside the West-Bruges Quarter.

From here, the journey back to Paris takes approximately 3 hours with a connection in Thalys, and the journey to Brussels takes about 50 minutes via a direct train.

These prices do not include: 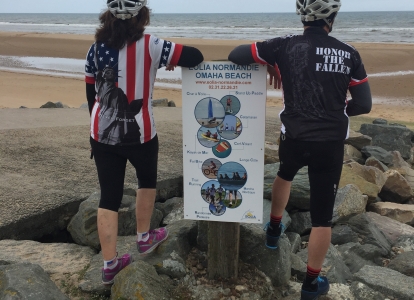 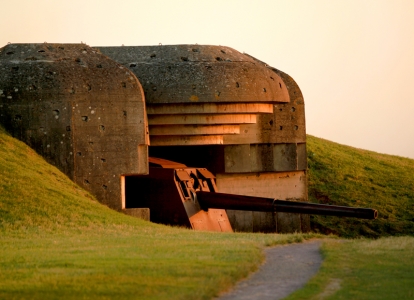 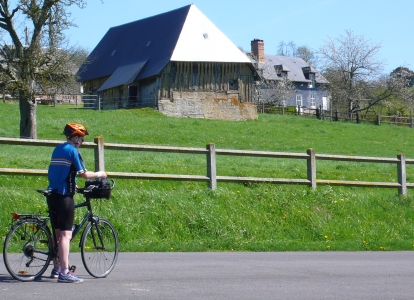