For most of us, after New Year’s Eve it’s back to business as usual. We start following through on our resolutions, avoid opening our credit card bills after the holiday season’s excesses, and begin planning for the summer. But in France, there’s still one more date on the festive calendar: “Épiphanie”, or the Epiphany, which falls on January 6.

And as you can guess, there’s food involved. The Epiphany is a Christian holiday commemorating the arrival of the Magi, or three kings, to the birthplace of the Baby Jesus, which explains the other name for the holiday in French: “Fête Des Rois” – Feast of Kings. This also explains the name of the dessert that’s eaten on this day, the galette des rois, which translates to “kings’ cake”.

It’s similar to the king cake served in New Orleans in the U.S., a nod to the state’s French influence; but in France it’s not multi-colored, and it’s only served on or around the Epiphany. In New Orleans, king’s cake is a treat for the whole pre-Lenten season (in other words, from the Epiphany right on up through Mardi Gras). In any case, the French galette des rois is usually a large, round puff pastry that looks like a pie with a glazed top. Inside is a layer of frangipane, or a sweet almond paste. Down in the southwest of France, king’s cake is a brioche bread with sprinkled sugar on top instead of filling. This alternative puff pastry version is called the “Paris”. In Occitan, the regional dialect of southern France, the cake is called the “coca.”

Both types of galettes, however, have something else inside: a féve. It’s French for “bean,” and it speaks to the pre-Christian Roman origins of this holiday, when an actual bean was placed in the cake for participants to find. As their celebrations centered around flipping everyday scenarios, the galette was served at the end of a huge feast for servants and slaves; the bean was used to select a slave who would be king for a day. Some purists in France still use a bean, but more often than not the féve today is a porcelain (or plastic) trinket. In fact, the féve is now a huge industry, with every possible variation on theme being available for purchase – from cartoon characters to nativity figurines to corporate-branded “beans” that can be redeemed for prizes. Antique féves (dating back as far as 1875, when the figurines replaced the bean) are collectors’ items. In fact, in the Loire Valley there is a yearly favophile convention and market where they’re bought, sold, and traded like commodities!

The féve is put into the cake before it is baked, and then each person is given a slice during the cutting of the cake, called the “tirage des rois” (the drawing of the kings), in the hopes of having the féve in their piece. Whoever has the féve wins! What do they win, exactly? Well, usually just a round of applause. But technically, you are crowned king or queen of the Fête Des Rois. If you purchase a galette from a bakery, it even comes with a gold foil cardboard “crown” the winner gets to wear! Obviously, this is a big hit with the kids. It’s so popular, in fact, that younger kids usually have their own Fête Des Rois upon their return to school, with crowns for all the students and small prizes given to whomever retrieves the féve from their slice. As opposed to this generous take on the festivities, the galettes des rois presented to the president of France by local bakers contain no féves, so there is no chance the president is seen as being “crowned as king” in case he gets the trinket in his slice.

Things to do in Seville 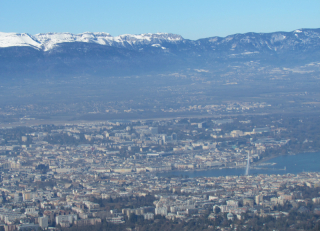 Things To Do In GenevaGeneva is very close to home for us at Cyclomundo (literally). Our office is located in Gaillard, France, so we are just across the Swiss-French [+] 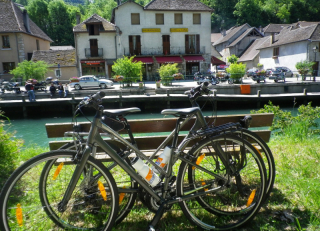 Things to do in Aix-Les-BainsA breathtaking part of our Three Lake Tour, Aix-les-Bains is a town nested on France’s largest natural lake. Well known for its spa treatments, [+] 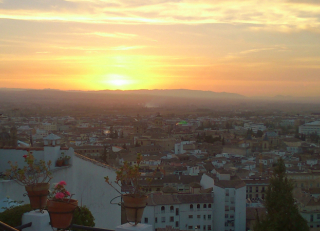